The Day I Met Cockney Royalty 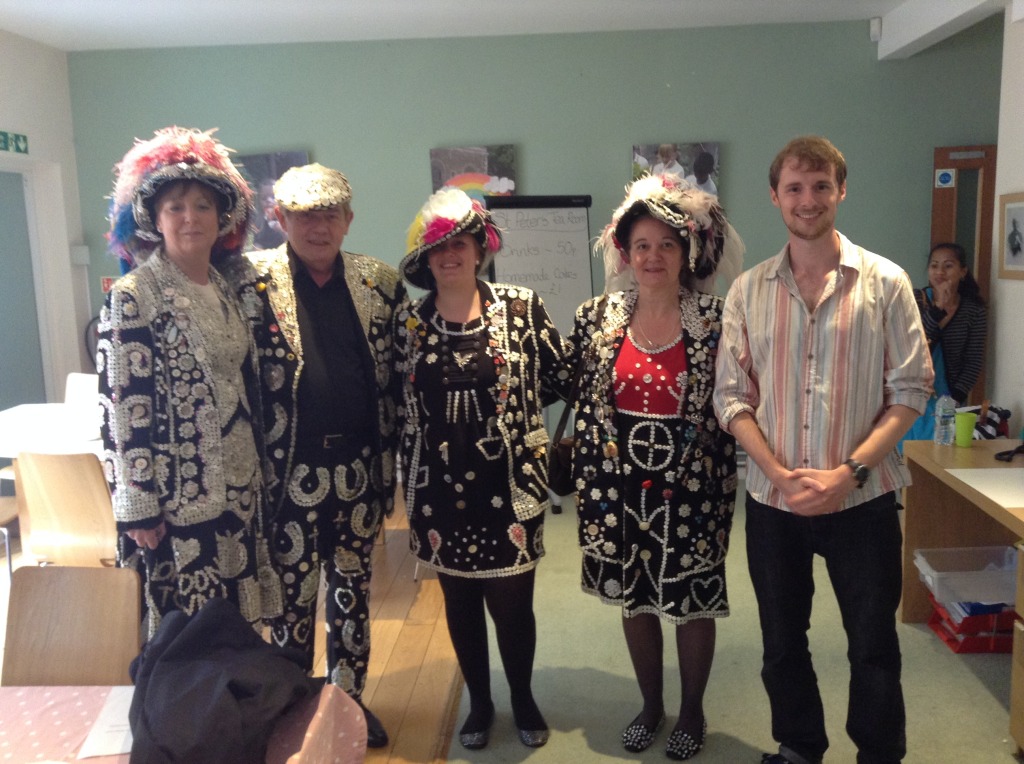 I probably should have tucked my shirt in …

Since starting up this podcast, I’ve met some brilliant people – and the first episode isn’t even live yet. But a real highlight has to be those featured in the photo above.

I couldn’t quite work out what the weather was trying to do on that summer’s day – we were at school fete, and the staff were pulling out the umbrellas one moment and shedding layers the next. The biggest struggle for me has been working out what Cockney really means today – is the sun still shining brightly on the bells of Bow, or will those grey clouds cast it in shadow forever? And did that metaphor work smoothly enough? These are questions I still have on my mind today.

They are incredibly passionate about what they do. Since the late 19th Century the Pearly Kings and Queens have been lending a helping hand to both their fellow Londoners and anyone else in need.

Whilst we had a fair few laughs during the interview (mainly centring around various colourful elements of Cockney rhyming slang), it actually got a bit emotional. This shouldn’t have surprised me – they are incredibly proud of their rich history and the significance of their work. But it did. I guess it’s all that talk of Cockney being a dying culture.

But that’s not what I saw on that drizzly afternoon in Wapping, when speaking to the Royalty themselves and seeing everyone’s reactions to them (spanning from delight and recognition from the locals, to curiosity or simply utter amazement from some of the children passing by).

Make sure you don’t miss out on the podcast, where you’ll hear interviews with these and other Cockneys – along with a bit of Cockney history and me pondering on what it all means in 2014.

Subscribe using the box above to keep in the loop!