France Has Changed 2,000 spellings … Will English-Speaking Countries Do The Same?

You may have seen this in the news recently:

A reform 2 decades in the making, it’s caused outrage among language ‘purists’, and circles partly around the removal of the circumflex accent, that pointy hat symbol, above certain letters if they aren’t making any difference to the sound. It’s even had its own hashtag: #jesuiscirconflexe

Here are some examples of the words being changed:

As you can see, the circumflex removal alone is nothing particularly revolutionary. And the circumflex will remain, just won’t be ‘compulsory’ in French schools in words like the above examples. But still, the Economist does a great job of exploring why people have become so angry about the changes.

But compare these reforms to those some are proposing for English (and have been for centuries), and it pales in comparison. Largely because English is such a melting pot of language influences and this results in rather confusing spellings, including illogical vowel spellings and silent letters.

Here’s a rundown of why this is the case:

Well watching the above video could lead you to a resounding yes.

Compare these words in English:

Each contains a different vowel sound – rhyming with goat, on and sun respectively – but with exactly the same ‘one’ spelling, at least in the ‘Standard’ pronunciation of most English-speaking countries (more on regional accents shortly).

Wouldn’t it be easier for children to learn spellings that were consistent?

In this case, all the spellings are different but the vowel sound is the same (they all rhyme with ‘car’). So why not teach children to spell these words as sargent, hart, carm and ar? It looks rather odd but makes a lot more sense.

English isn’t the only language to have these inconsistencies, but it’s certainly one of the worst. Compare it to Spanish:

All of those rhyme with each other, because they’re all spelt with the same vowel letters. Nice and simple.

You wouldn’t be alone in arguing for spelling reform. Here are some thoughts from a professor at the University of Minnesota:

You may have noticed some US-UK points coming up in that video, but let’s leave them to the side for a second, other than to say these international differences in English spelling do come from historical attempts to reform English spelling to make it more phonetically ‘logical’.

(Quite a subjective idea, of course: if I was to rewrite the word ‘colour/color’ completely, I probably wouldn’t bother including the letter ‘o’!)

Hold your horses. What about all the things we lose out on?

Well, if we start spelling the words “electricity / electrician / electric” differently, we won’t see their connection any more:

Not quite as obvious, is it?

Rather than go into it more myself, someone else has already given a great explanation of this point, and offers some sage advice for English learners (see video below).

He also starts talking about the beautiful regional variations in accent we have in English, and how one spelling system wouldn’t be able to fit them all:

And if you’re a non-native speaker, heres a great test I created with my associate Ashley Howard over at EnglishPronunciationRoadmap.com: 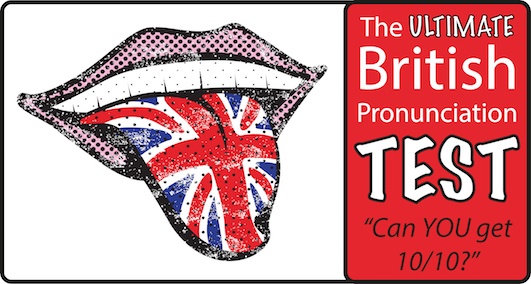 So… In Need Of Massive Reform, or ‘The Best Possible System’?

– Would it be kinder or more harsh to our children to get them learning a more phonetic spelling of English?

– What would we do about regional variations?

– Dare I ask whether you spell it as “visualise” or “visualize”… ?

Let me know what you think in the comments below!