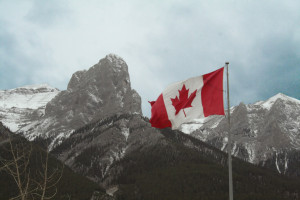 Accent Learning: It’s a wilderness out there…

This is Part 2 of 3 in Active Listening for Accents (see Part 1 here). Last time I promised more of a specific example of active listening when learning an accent, and the sounds you can notice hidden beneath the surface. We’ll explore an example of that, and the kind of issues it brings up in a performance context. And then I’ll share a few resources for you to get started yourself.

Let’s start with a common one. The perennial Canadian stereotype is not really based on reality – so how do Canadians pronounce this vowel sound? Check out this recording:

The first example right at the start of the recording is a great sample for us. When listened to properly, it certainly isn’t “aboot”! The second (…”tells us about it”) reminds the accent learner that no matter how carefully you imitate a vowel, if you over-enunciate every example of that sound, it often won’t sound right: here the diphthong (see below) is shortened to a single vowel sound. For a speaker of an accent often famed for being very deliberate in nature, our presenter here is actually speaking quite naturally and smoothly.

Onto the sound itself: if it’s not “aboot”, well what is it? A common signpost I’ve seen given by Americans for the genuine Canadian “about” is to say the words “a boat” in a standard US accent. That is often the case, but is it here? After really isolating that sound, it sounded closer to some Scottish accents to me. Her lips don’t round enough for the American “a boat” vowel. In fact, she says the whole intro with a smile!

The vowel is a diphthong, meaning two vowel sounds spoken together. When the “about” diphthong is spoken in a modern Standard English accent (as in England, UK), the difference between the vowels is more obvious: it begins with /a/ (i.e. how the English say the ‘a’ in “cat”) and ends with /ʊ/, an “ooh” sound. Imagine someone screaming in pain: phonetically that’s aaaaaʊʊʊʊʊ!!!

So, in Standard English, the word ‘about’ is written phonetically as: /əbaʊt/. The tongue moves noticeably from one to the other (and here the lips round at the end too), but in our sample, the difference is minute and it’s harder to tell what’s going on.

It’s very easy to hear one voice and think you’ve nailed it. But other people pronounce it in a slightly different way that might be ignored at first glance. Here, our speaker says the vowel 3 times at around 5:25, first as “out”, then “about”, and “about” again. Strangely, when he says “out”, the first part of the diphthong is closer to the Standard English version described above (also closer to General American). Because a pause follows the word, the sound is longer and has more space to breathe. Useful for accent learners! But then on “about” the diphthong pretty much follows our “a boat” reference. On the third utterance, despite the fact it’s followed by the same word (“eighty/eight”), the vowel is slightly shorter again and the first part of the diphthong is more open (on its way to “aah”). This is probably due to him picking up the pace in speaking.

Can you see what I mean now when I said in Part 1 how active listening can really open a can of worms? If you’re an actor and have been told to ‘learn Canadian’, I can understand how confusing the above analysis might be. You have two options as I see it:

Option 1. Go into detail over how this crucial “about” diphthong is spoken in different contexts, as I’ve done for the second sample, and find those in your script. This is time-consuming and, even if you know what you’re doing, rather confusing.

Option 2: Consider the geographical and social backgrounds of your sample speaker, along with their emotions in the video/sound clip, and try to imitate the breadth of variations they might produce for a single sound. Now think about what sits well with the character you’re creating, and the rest of their accent?

If my Canadian character was educated and well-travelled, I might go for the “out” vowel our UFO watcher says at 2:25 in the video. But if he was a born-and-bred native of a particular area, I’d find a recording from that very place and imitate every instance of that vowel that I hear. And if they’re all slightly different, do more research. Find the common denominators. And if that still opens up more cans of worms, go with what works well with you as an actor/character. Even the most obscure and particular accents are justifiable, so long as they fit and don’t distract your audience. Here we are entering the whole debate on authenticity vs. being too unexpected (and open to criticism). But that’s a whole other discussion.

Bear in mind, you’re much more free to create an accent when you’re the only character in a play/film with that accent. But if the whole play is set in a particular place, you do need to fit in with the other actors: if your accent is behaving differently to everyone else’s (even if it means you’re being more accurate), it’s a good idea to think about what kind of reaction that would get, and if it’s worth being such a stickler. Also consider the background of your audience – are you performing in the place where people speak the accent, or in a completely different area, even country? With these things in mind, how you balance accuracy with comprehensibility is really your call (and the director’s).

So where can you start to find these recordings?

Look for local radio stations or programmes. My first port of call would be iTunes, where individual stations often have different podcasts based on subject, so you can look for the ‘talky’ ones. For younger speakers, look for chart music. For older speakers, look for stations/shows playing older hits, classical music, or chat. Traffic, weather and financial reports are often great. Always check where the presenters/DJs are from though.

You can also search for Wikipedia Lists of stations – that’s how I found the first clip from CKDU FM (here). A note about university radio stations: they’re great for their specific locations, but bear in mind the speakers are students, who could be from absolutely anywhere. Hospital radio is more illusive but could be a goldmine.

Search for local radio stations, news and TV. My second sample was found in this way. YouTube is great because, as I mentioned in Part 1, you get to see what their lips, cheeks and jaw are doing – and how they’re feeling.

This one goes high up on the list because it’s visual. Maybe look here before YouTube, as the wheat has already been separated from the chaff for you. Check it out here.

Another thing to search for on YouTube is ‘accent tag’, a movement started by … who knows, but thanks if you’re reading! I believe it works in the same way as the infamous ‘neck nomination’ and the brilliant ‘no makeup selfie’ nomination trend raising money for Cancer Research. Though often people just put up their Accent Tag without being nominated.

With Accent Tag, your subject will speak out a specific list of words and answer questions for more info on dialect, such as, “What do you call your grandparents?”. Sometimes speakers will even instruct you on how to speak in their accent. This can be incredibly helpful, but take it with a pinch of salt: tricks on how to master accents are very subjective and different things work for different people.

Most Wikipedia entries for a city or locality include a list of famous people from that area. Actors are best, especially if you plan on using the accent in a performance: how is this actor’s accent delivered in an ‘acting’ context?

There are tons of other accent archives and resources online. In Part 3 of this blog I’ll point you in the right direction, so keep an eye out for that. I’ll also attempt some ‘active listening’ of a relatively new accent: Multicultural London English.

Any comments, let me know below. And please share if you found this helpful!